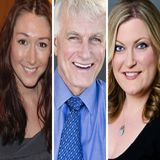 CV)— Six more virus-related deaths, including a Garfield County woman age 65 or older,  and 1,034 new confirmed coronavirus cases were reported in the state since Wednesday, according to daily numbers released late this morning by the Oklahoma State Department of Health. A total of 73,318 Oklahomans have tested positive in confirmed tests for COVID-19 and the total number of deaths stands at 930. The health department said 10,274 cases are considered active in the state and 516 Oklahomans are currently hospitalized for treatment of COVID-19. So far, 62,114 Oklahomans have recovered from the virus with 1,088 more cases considered recovered since Wednesday.

The number of Enid Public Schools students and staff in quarantine or isolation due to COVID-19 rose slightly Wednesday, according to figures posted on the district’s website. There are 590 people in either close-contact quarantine or positive-test isolation, up from 579 on Tuesday. More than half of those are students and staff at Adams Elementary School, which went to distance learning Monday after a staff member tested positive last week.

All 297 Adams students will continue distance learning until at least Sept. 24.

There have been 1402 positive COVID-19 cases, and 18 deaths in Garfield County. 1322 of those cases and  all18 deaths have been in Enid. Currently, Garfield County is in a "moderate risk" or Orange Level 2 category as defined by the OSDH. In surrounding counties: Kingfisher County has reported 308 cases, Blaine County is at 99 cases, Major 70, Grant 36, and Alfalfa 37.

*The total includes laboratory information provided to OSDH at the time of the report. Total counts may not reflect unique individuals. Data Source: Acute Disease Service, Oklahoma State Department of Health. *As of 2020-09-17 at 7:00 a.m.

BO0--The Oklahoma State Bureau of Investigation (OSBI) has been requested by Enid Police Department to investigate allegations of inappropriate behavior by a city official. The request was made on Tuesday. The official has not yet been named. At this point in the investigation no arrests have been made. OSBI says it has no additional information to release at this time. Enid City Manager Jerald Gilbert told Enid News and Eagle he was aware of the investigation but also deferred any comment to OSBI.

VE)--Smoke seen to the south of Enid, is part of an exercise being conducted by Vance Air Force Base. Officials with 71st Flying Training Wing Public Affairs said they did not want the public to be alarmed.

TR)--Enid Police Department is seeking information from the public on an alleged assault and robbery that occurred Monday night on the city's walking trail. EPD officers responded at about 9:20 p.m. to the trail, in the area of Ponca and South Johnson, to take a report of a robbery and assault. According to the report, a man said he was walking home with his girlfriend when three men approached him in the area of South Johnson and the walking trail and asked to use his phone. The man told police he refused and attempted to continue walking west when the three men started punching him, knocked him to the ground and took $5 from his pocket before running to the west. The three men are described in the report as black and in their late teens or early 20s. According to the report, police observed swelling on the left side of the man's face, where he reported being struck. He was transported by Life EMS to Integris Bass Baptist Health Center, where he was checked and released. EPD is asking anyone who saw or who has video footage of anyone leaving the area of South Johnson and the city walking trail between 9:00-9:45 p.m. Monday to contact Garfield County Crime Stoppers. Those with information leading to an arrest or prosecution regarding this or crime can submit an anonymous tip at (580) 233-6233, via text to 847411, typing EPDTIP and a message, or https://www.enid.org/services/police. Tipsters can earn up to $1,000 in reward and will not be required to testify nor identified.

NJ)--Enid Police officials announced Nick John, a 15-year veteran of the Enid Police Department, has been promoted to the position of lieutenant. John joined the department in 2005 as a patrol officer and became a detective the following year. He worked five years as an investigator before promoting to the rank of sergeant in 2011 assigned to the patrol division. John returned to the Investigative Services Division in 2016 as a detectives sergeant.

BM)--Bert Mackie of Enid is among 11 individuals selected by The Oklahoma Higher Education Heritage Society for induction into the Oklahoma Higher Education Hall of Fame. Mackie has been an advocate for education, from grade school to Oklahoma's higher education. He has served on numerous boards working to raise funding for scholarships for both NOC and NWOSU. The Mackie Planetarium on the Enid NOC campus is named in the family’s honor. Mackie’s story is posted on the Northern Oklahoma College FB page.

CD)--The Enid Public Library will be hosting a viewing party of the documentary, American Creed, on Constitution Day this evening at 6:00.  The documentary explores what it means to be an American. If attending in-person, masks covering the nose and mouth are required. The event will also be live streaming on the library’s Facebook page: Facebook.com/EnidPublicLibrary.