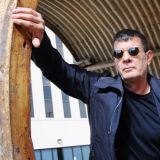 BS)--An Enid Police Department sergeant has been suspended from police duties and reassigned to an administrative position pending the outcome of criminal and administrative investigations. EPD officials said Sgt. Kevin Everley was arrested early Friday morning on complaints of driving under the influence of alcohol and leaving the scene of an accident. He was off-duty at the time of his arrest. Everley was hired in September 2014, and has served as a patrolman, detective and was serving as a B-Shift Patrol sergeant. The investigation results will be forwarded to the Garfield County District Attorney’s office for consideration for criminal charges once it is complete. An administrative investigation is ongoing. “This situation is unfortunate, but police officers are not above the law,” Chief Brian O’Rourke said. “Officers should be held to a higher standard when it comes to the law and this type of behavior is unacceptable.”

CC)--The Enid Mayor and Board of Commissioners Thursday afternoon were updated on the Kaw Lake Water Pipeline Project to deliver water to Enid. During their study session, commissioners were told that construction officially began recently at the lake’s intake facility in Osage County. Officials with Garney Construction, the project’s construction manager at-risk, said the project begins at the reservoir’s intake station. Around 10 million gallons of water a day will then flow through 70 miles of eight pipeline segments crossing three counties into Garfield County. The water then will move through an intermediate pump station near Garber, then through a water treatment plant in western Enid and a water main along Chestnut.

CN)--Eight newly confirmed virus-related deaths and 152 new COVID-19 cases were reported in the state since Thursday, according to daily numbers released late this morning by the Oklahoma State Department of Health. There are 967 cases considered currently active in the state, with 109 people currently hospitalized in Oklahoma for treatment of the virus. The seven-day rolling average for new daily cases reported today was 111.

FR)--Cancer is a scary word for everyone, including Oklahoma men. Talk 100.9 KGWA and My Country 103.1 KOFM have teamed up to show our support for finding a cure for testicular and prostate cancer by partnering with Oklahoma Proton Pals Foundation and Testicular Cancer Foundation. We saw a need to help raise money for the work done by these two support groups. We’ll be hosting an outdoor event on Saturday starting at 10:00 a.m. in the Evans Parking lot. Join us for a Calf Fry and Meatball dinner, Corn Hole tournament, Enid Axe throwing tournament, live music by Robert Allen Band and much more. Help us show support for Oklahoma men and show them they do count. Tickets will be sold at the gate.

GT)--The Garfield County Master Gardeners 2021 Garden Tour will take place tonight from 6:00 p.m. to 9:00 and Saturday from 9:00 a.m. to noon. This year’s tour will feature five of Enid’s creative garden spaces. The Garden Tour has two community roles: education and philanthropy. You’ll have an opportunity to learn about plants and view design concepts. A portion of the funds raised by the Garden Tour support the Ron Robinson Memorial Horticultural Scholarship, awarded yearly to a student majoring in agriculture/horticulture at Oklahoma State University. Tickets are $10 for adults and children 13 and older. Children 12 and younger are free when accompanied by an adult. Tickets can be purchased at any of the featured properties either day of the tour and are good for both days. You can begin the tour at any of the locations. For more information, watch the Garfield County Master Gardeners Facebook page – Events.

PA)—Security National Bank of Enid once again will reward five lucky area students for their good grades with the SNB Pays for A’s program. Since 2002, thousands of report cards have been submitted. The bank sponsors the program twice a year, once for spring semester grades and once for fall semester grades. The program is open to students in grades 3 through 12. Public and private school students are encouraged to participate. Students will have until 5:00 p.m. June 18 to take their report cards to any of Security National Bank’s three locations. The bank will make a copy of the report card and place it in a hopper. Four cards will be drawn from the hopper. Those four students will receive $10 for each A and $5 for each B on their spring 2021 semester grades. Individual grades from each nine-week section will not be considered. All students entering their grades will receive a coupon for a frosted drink or milkshake from Chick-fil-A of Enid. In addition to the four students who will be “paid for their A’s,” one card will be drawn from the hopper for a $150 savings account with the bank.

SM)--Enid Public Schools is providing free daily meals for summer school students. Through June 30, EPS will offer nutrition programs at Enid High School and Adams, Garfield, Glenwood and Monroe elementary schools. Children 18 and younger will be able to come pick up breakfast and lunch Mondays through Thursdays. Meals may be picked up and taken home, and students must be present to receive a meal. Students not attending classes at the five host sites, including those at all three EPS middle schools, will be released from school 15 minutes early for meal transportation. Breakfast will be available from 7:30-8:30 a.m., and lunch from 11:15 a.m. to 12:30 p.m.