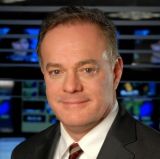 SP)--An Enid man was arrested early Saturday on complaints of rape, lewd molestation, using technology to solicit a minor and violating the Oklahoma Computer Crimes Act. Enid Police Department officials said officers found 30 year-old Ival Ray Coleman just after 3:45 Saturday morning in a parked, running vehicle with a 13-year-old girl. According to the report, the girl told officers she met Coleman on SnapChat and told him she was 16. After seeing a photo of Coleman and realizing how old he was, she told him she actually was 13, to which she said Coleman told her that was OK. The girl told officers she sent Coleman her address and the snuck out of her home and got into Coleman's vehicle. According to investigators, the girl said Coleman began touching her under her clothing, performed oral sex on her and raped her two times. The investigation is ongoing.

VS)--Starting this week, the Covid-19 vaccine scheduler portal is open for teachers and those 18+ with comorbidities. Oklahomans can visit this portal at vaccinate.oklahoma.gov. 137,000 total doses are expected to be available this week.

BW)--An Enid man was recognized over the weekend with the highest honor from the National Eagle Scout Association of Boy Scouts of America. Brad Waken received the Distinguished Eagle Scout Award on Saturday night at the BSA Cimarron Council Recognition Banquet. DESA, established in 1969 and the highest honor in the National Eagle Scout Association, acknowledges Eagle Scouts who have received extraordinary national-level recognition, fame or demonstrated eminence within their field, and have a strong record of voluntary service to their community. Waken, like his older brothers, joined scouts as a young boy. He started as a Cub Scout in 1966, earned the rank of Eagle Scout in 1978, and has remained active in scouting for 55 years, and as an adult has served at the local, regional and national level. When asked by Enid News and Eagle, Waken said yes, he still can recite the Eagle Scout Oath.

CN)—22 more virus-related deaths and 499 new COVID-19 cases were reported in the state since Sunday, according to daily numbers released late this morning by the Oklahoma State Department of Health. The health department said 15,053 cases are considered active in the state, with 693 people currently hospitalized for treatment of the virus. The seven-day rolling average for new cases reported was 797.

*The total includes laboratory information provided to OSDH at the time of the report. As a result, counts are subject to change. Total counts may not reflect unique individuals. Data Source: Acute Disease Service, Oklahoma State Department of Health. As of 2021-02-22 at 7:00 a.m.

CP)--Enid Public Schools has postponed the Education Celebration sponsored by the Enid Public Schools Education Foundation scheduled for Wednesday due to unforeseen circumstances related to COVID-19. The event hosted annually to honor the district’s teachers and support professionals of the year will now be held on February 24 at the EHS gymnasium, located at 611 W. Wabash, at 5:00 p.m.