FF)--A Flood Watch is in effect for a large part of Oklahoma, including the KGWA listening area, through Tuesday evening. Locally heavy rainfall is possible, with over 3 inches possible. Be prepared for flash flooding.... flooding of creeks and rivers... and flooding of low lying areas.

CV)-- The Oklahoma State Department of Health late this morning reported 1,401 new coronavirus cases across the state, bringing the total cumulative number of the state’s positive cases to 32,686. The state's 7-day average of daily cases now has reached over 1,000 for the first time ever, excluding July 21, when the state reported 1,714 cases that included a backlog. No additional deaths were reported today. According to the health department, there have been 496 coronavirus deaths statewide. As of Friday night a total of 2,872 Oklahomans had been hospitalized due to the virus with 625 patients currently in the hospital.

There have been 291 positive COVID-19 cases, and three deaths in Garfield County. 206 of those cases have been in Enid. In surrounding counties: Noble has reported 74 cases, Kingfisher County has reported 81 cases, Blaine County is at 29 cases, Major 22, Grant 7, and Alfalfa 3.

IC)--Enid Public Schools has canceled planned immunization clinics for students due to a rise in the number of COVID-19 across the state. According to a statement on the district's website, www.enidpublicschools.org, due to the increase in COVID-19 cases in the state Passport Health and the Oklahoma Caring Van have cancelled the upcoming immunization clinics for this year. Students who are needing immunizations will need to go to the Garfield County Health Department or their personal health care provider prior to school starting Aug. 13. The Health Department is allowing one parent/guardian, with a mask, to be present with the student. No appointment needed.

CS)--The Enid Police Depart­ment is seeking the public’s help in identifying and locating a shoplifter. On June 21 officers responded to a call at Dollar General, 315 E. Garriott. The ca­shier said a man left the store with a package of white T-shirts without paying. The cashier told of­­ficers the man left the store and got into a tan-colored Chevrolet pickup with another man. 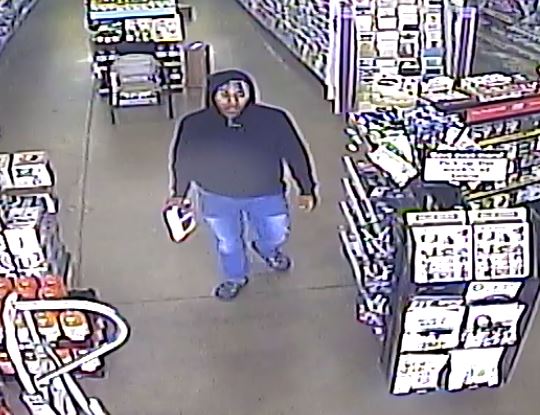 BC)--An Enid couple has been charged in Garfield County District Court with felony abuse by caretaker and are accused of exploiting a vulnerable adult entrusted to their care. Brian Douglas Cunningham and Melissa Irene Aguilar, also known as Melissa Irene Johnson, had warrants issued for their arrests when charges were filed Thursday. Bond on the warrants was set at $10,000. According to Enid News and Eagle, the couple is accused of having the elderly victim, who is Cunningham’s grandfather, sign over several vehicles to them as well as making nearly $3,000 of charges on the man’s credit card.  The charge of abuse by caretaker is punishable by up to 10 years in prison and/or a fine of up to $10,000. Because of six prior felony convictions, Cunningham faces four year to life in prison on his charge.

VR)--The deadline to register to vote or update voter registration for Oklahoma’s Aug. 25 runoff primary election is July 31. Garfield County Election Board Secretary Michael Frisbee said applicants can fill out an application using the OK Voter Portal’s voter registration wizard. The registration wizard makes it easy for voters to complete the application, then print, sign and mail it to their county election board. Voter registration applications also can be downloaded from the State Election Board website and are available at all county election boards. Voter registration applications must be received by the election board or postmarked no later than July 31. Garfield County has an Aug. 25 Republican primary runoff for sheriff between Jody Helm and Cory Rink. Fifty counties have an election scheduled for Aug. 25. Only 18 counties have a state or federal election. All counties with elections on Aug. 25 will have early voting available Thursday and Friday preceding the election. Voters can search the election list by county on the State Election Board website or view a sample ballot using the OK Voter Portal. Visit elections.ok.gov to learn more.

SG)--The Stride Bank Center is expecting the first ever celebrity guest appearance at an Enid Comic Con. Sam J. Jones, best known for his role as Flash Gordon, will be coming to the 3rd annual event August 1st and 2nd. Jones has over 65 films and hundreds of television shows to his credit, including comedic appearances in Ted and Ted 2.

AC)--Autry Technology Center's first day of the new school year will be August 13th. They will have a detailed Covid-19 Plan as well measures in place. It will feature four color-coded statuses that the school could move into at any time throughout the 2020-2021 school year. The year will begin with Status Green, which includes on campus, hands-on training with in-person instruction, limited social interaction with peers and staff, and modified access to facilities and equipment. As the COVID-19 situation continues to evolve, updates will be made on the district website, autrytech.edu, and social media pages.