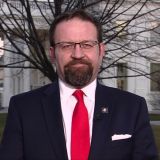 VM)— Oklahoma voters narrowly approved a plan Tuesday to expand Medicaid to tens of thousands of low-income residents and become the first state to amend their Constitution to do so. The measure, State Question 802, gained approval from 50.48% of voters. In Garfield County and Northwest Oklahoma, the proposal was roundly defeated. SQ 802 will extend Medicaid health insurance to those earning up to 138% of the federal poverty level, which is about $17,200 for an individual or $35,500 for a family of four. Oklahoma is one of 14 states, along with neighboring Texas and Kansas, that have not expanded Medicaid under the 2010 federal Affordable Care Act.

The office of Garfield County Sheriff will be decided during the Aug. 25 runoff. During Tuesday’s three way race Cory S. Rink received 45.39% of the votes cast, with all precincts reporting. Incumbent Sheriff Jody Helm received 41.6% of the vote, and Garfield County Deputy Dariel Momsen received 13.01%, according to unofficial results from Oklahoma State Election Board. Since no Democrats filed for the office, the winner of the runoff will be sheriff.

Incumbent state Rep. Chad Caldwell won reelection Tuesday night, defeating challenger Taylor Venus by a margin of 57-43% in the District 40 primary. The district is comprised of much of Enid. There were no Democrats filed for the election, so the primary win clinches another term for Caldwell. Caldwell was first elected in 2014, and if he continues to win reelection he will be term limited in 2026.

NG)--A Hunter man was charged Wednesday in Garfield County District Court with a single felony count of assault and battery with a deadly weapon. Enid News and Eagle reports 44 year-old Alexander John Feaster faces up to life in prison and is accused of shooting a 26-year-old Enid woman early Sunday "without justifiable or excusable cause," according to the charges. He is accused of shooting the victim multiple times after she took a Nazi flag from his property on a dare during a party in the early morning hours of Sunday. Feaster has not made an initial appearance on the charge. Documents filed in the case show bond for Feaster was set at $500,000.

MH)--Testimony continues this week in a preliminary hearing for five people charged with first-degree murder and conspiracy in the September 2019, home invasion and attack of an Enid woman that ultimately resulted in her death. Prosecutors said 41 year-old Diana Baez was brutally beaten in her home while her children were present. According to Enid News and Eagle, 27 year-old Luis Octavio Macias, 48 year-old Eva Meraz-Corral, 34 year-old Leoncio Hernandez, 31 year-old Cory Mike Sanchez and 28 year-old Michael Anthony Huerta each face a charge of first-degree murder and conspiracy in the death of Baez. Special District Judge Brian Lovell is presiding over the hearing to determine if enough evidence exists for the cases to continue. Each of the defendants are being represented by individual counsel.

There have been 67 positive COVID-19 cases, and two deaths in Garfield County. 63 of those cases have been in Enid. In surrounding counties: Noble has reported 39 cases, Kingfisher County has reported 26 cases, Blaine County is at 14 cases, Major 8, Grant 2, and Alfalfa 1.

*The total includes laboratory information provided to OSDH at the time of the report. Total counts may not reflect unique individuals. Data Source: Acute Disease Service, Oklahoma State Department of Health. *As of 2020-07-01 at 7:00 a.m.

ME)--The City of Enid will have its annual Independence Day Holiday Celebration event at Meadowlake Park on Saturday. The Fishing Derby registration and fish weigh-in will be at: pavilion 4 (northside) and pavilion 6 (southside) beginning at 4:00 a.m. All fishing derby participants must register and check-in before going to their fishing post. Prizes will range from fishing gear to camping equipment.

The City of Enid is recommending the following safety measures:

Parking is available on the northside of the park for only those vehicles with disabled license plates or placards, a member of the Enid Symphony Orchestra, or workers for the Kiwanis rides and concession stand.

FW)--The Enid Symphony Orchestra under the direction of Douglas Newell will celebrate Independence Day in Enid’s Meadowlake Park as the finale to Enid’s citywide July Fourth celebration. The concert will begin at 8:30 pm on Saturday July 4th. Security National Bank of Enid is sponsoring the symphony’s performance.  This is the bank’s third year to sponsor the symphony for the 4th of July community performance. ESO Music Director Douglas Newell has selected FREEDOM RISING! as the theme for this year’s musical celebration. Among the selections the ESO will perform are George Gershwin’s Strike Up the Band, songs of Cole Porter, John Williams’ Liberty Fanfare, 1984 Olympic Theme and Fanfare and The Cowboys Overture as well as selections from Lin-Manuel Miranda’s award-winning musical Hamilton. This performance has been underwritten by Security National Bank of Enid. Additional support has been provided by the Oklahoma Arts Council and the National Endowment for the Arts.

HS)--In observance of the Independence Day holiday, City of Enid residents are reminded that the office schedule will be altered as follow:

There will be no adjustments for trash pickup or yard waste. They will remain the same for this week.