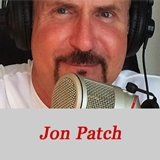 CV)--The Oklahoma Secondary School Activities Association has postponed the state basketball tournaments indefinitely. Games were scheduled to take place in classes 2A-6A at multiple sites in Oklahoma City and Tulsa. This is the latest development in Oklahoma as high school, college and professional sports continued with precautions amid growing concerns over the coronavirus pandemic.

The NCAA has canceled the men's and women's basketball tournaments because of the spread of coronavirus. The decision came one day after the NCAA announced games that were scheduled to start next week would be played in mostly empty arenas. That plan was scrapped as every major American sports league, beginning with the NBA, put the brakes on their seasons due to concerns about the pandemic. The NCAA also canceled all of its championships in every winter and spring sport, including softball, hockey, baseball, lacrosse and several others.

Utah's scheduled game at Oklahoma City was postponed Wednesday night and the NBA suspended its season a few minutes later after a Jazz player tested positive for the coronavirus. The player is star center Rudy Gobert. The league said Gobert was not in the arena. This morning, it was announced a second Utah player, guard Donovan Mitchell, had also tested positive for the virus. The Oklahoma Department of Health said in a tweet that the fans who attended the game are not at risk because the virus is spread through respiratory droplets, and only individuals in close contact would be at risk. The positive test result was reported shortly before the scheduled tip-off between the Jazz and Thunder.

The first presumptive positive case of coronavirus (COVID-19) has been reported at Altus Air Force Base. The airman is undergoing evaluation and treatment following the testing. The state health department is still awaiting tests result on 11 people. The health department recommends that people do not attend events if they are experiencing symptoms of COVID-19, which include fever, cough, and shortness of breath. If an event attendee starts to experience symptoms while at an event or conference, they should leave the event and seek medical advice immediately by calling a doctor’s office. To help prevent and slow the spread of COVID-19, following these guidelines:

*Cover your cough or sneeze

*All Oklahomans are advised to take social distancing precautions such as implementing telework and avoiding large gatherings when possible.

BS)--Enid Police Department officers have been riding with students this week to ensure students' safety as they get on and off the bus. Enid Police Department Sgt. Eric Reddick, who supervises the department's traffic division, told Enid News and Eagle, the department had received some complaints from concerned residents and bus drivers about motorists overtaking stopped school buses. He said the department's officers have conducted special assignments this week specifically targeting the city's ordinance about passing stopped buses. According to city ordinance, "The driver of a vehicle meeting or overtaking a school bus that is stopped to take on or discharge school children, and on which the red loading signals are in operation, is to stop his vehicle before it reaches the school bus and not proceed until the loading signals are deactivated and then proceed past such school bus at a speed which is reasonable and with due caution for the safety of such school children and other occupants." The ordinance is punishable by a fine of up to $500. Reddick warned those issued the citation also could have their licenses "immediately suspended" as a result of the citation. Over the past three days, officers issued eight citations for infractions observed on a single bus route. “I want to remind drivers that all traffic, whether it be a two-lane road or four-lane road, for example Grand, Oakwood or Willow, all lanes of travel have to stop because kids come from both sides of the street to get on the bus,” Reddick said.

WW)--City of Enid Engineering officials announced that contractors will be addressing the final phase of construction on the West Willow Road box structure. The box structure is located on West Willow near Prairie View Elementary School just east of North Garland Road. This work will begin Monday. The location will be closed to all traffic until completion. Work is expected to be completed Sunday, March 22. Motorists are encouraged to drive with caution in the area during the work effort.

Residents can sign up for mobile app notifications to get communication about road construction, trash schedules, holiday closings, water outages, and other important events by going to: Enid.org/RequestCenter or by downloading the SeeClickFix app.

AW)--Federica Belloni, a senior at Enid High School, has won a cash prize and placed second in a statewide aviation art contest, in a field that included almost 1,000 entries. Twelve students' works were selected for prizes in the Oklahoma 2020 International Aviation & Aerospace Art Contest, sponsored by Oklahoma Aeronautics Commission. Belloni is an Italian exchange student from northern Italy. There was the Junior Division for ages 6 to 9 and an Intermediate Division for ages 10-13. First-place winners in each of the three age categories receive $200, while the second-place winners receive $150. A cash prize of $100 is presented to students who place third, and honorable mention will receive $50. In addition to the cash prizes, the winners are also presented with certificates of achievement as well as citations from their respective state senator and state representative. The top three entries in each age division are forwarded to Washington, D.C., where they compete nationally against other winners from the U.S. for the right to advance to the international competition.

WF)--Coming up this weekend….Kids and teens are invited to take part in “Nerf Wars” this Saturday afternoon from 2:00-4:00 at Champion Park in the 700 block of North 10th Street. The event, sponsored by City of Enid Parks and Recreation and hosted by My Country 103.1 KOFM, is free and open to the public. Participants can bring their own nerf guns and battle it out with their friends, as well as have a chance win some prizes.

Enid Knights of Columbus will host its 18th annual barbecue dinner, 5:00-8:00 p.m. Saturday at the Knights of Columbus building, 1610 W. Willow. The dinner includes all-you-can-eat dine-in, or single-meal carry-out, barbecue pork and beef, cole slaw and beans. Tickets are $9 for adults and $4 for children. Proceeds from the dinner go to charitable organizations, including 4RKids Foundation, Boy Scouts, Girl Scouts, Our Daily Bread, YWCA of Enid, school projects and programs for the developmentally delayed. Tickets can be purchased from any Knights of Columbus member or at the door the evening of the event. For more information, call Al Patocka at (580) 554-4416.

AF)--The fourth annual Enid Author Fest will be 1:00-5:00 p.m. March 28 at the Enid-Garfield County public library. A book sale and signing will be in the first floor lobby. There will be an edible book contest, sticky note short story contest and author panels. A luncheon will be provided for involved authors and their guest. Any author wishing to be involved should go to https://enid.okpls.org/adults/enid-author-fest-call-out, for an application and information. For further questions you can email enidauthorfest@gmail.com.

RW)--Tickets are on sale for the return of comedian Ron White April 16 at Stride Bank Center. White last performed in Enid in May 2018. Best known as the cigar-smoking, scotch-drinking funnyman from the "Blue Collar Comedy" phenomenon, White’s new stand-up show begins at 7:30 p.m. The show is billed as “for mature audiences.” For tickets call  at (855) 849-3643 (TIX ENID), https://www.stridebankcenter.com/ or the center’s administration office on the second floor of the convention side of the center, off Independence. The show is billed as “for mature audiences.”

UC)--The Fire on the Mountain tour, featuring the Charlie Daniels and Marshall Tucker bands, will kickoff a national road tour with its first show in Enid this spring. Tickets are on sale for the 7:00 p.m. Thursday, April 23, show and can be purchased at StrideBankCenter.com, the Stride Bank Center Box Office, or by calling (855) 849-3643 (855.TIX.ENID). The Enid show is being presented by Triangle Insurance. For information on the bands go to https://www.charliedaniels.com/ or https://www.marshalltucker.com/.

BC)--Autry Technology Center’s annual Cherokee Strip Business Model Competition now is taking applications. The deadline to apply is April 24. Up to $30,000 will be awarded to the top four teams. Businesses interested in entering must be less than five years old to be eligible. “The Business Model Comp­etition is a tremendous opportunity for local businesses and entrepreneurs to present their concept to experienced judges,” said Meredith Westfahl, Autry Tech small business management coordinator. Top three winners will receive one year of co-working space at the Strate Center. More than $100,000 has been awarded in seed capital through the Cherokee Strip Business Model Competition since its start in 2012. Funding for the competition is provided in combined effort by donors in the Enid Entrepreneur Leadership Series. For more information about the competition and for an application, visit autrytech.edu/businessmodelcompetition or contact Meredith Westfahl at mwestfahl@autrytech.edu or (580) 242-2750.